In this Masterclass it will become very clear that his pursuit for knowledge has never stopped.

During this season (2021-2022) Stuttgart has won the German Cup, became the runner up in the European CEV Cup competition and right now they are participating in the play off semi finals of the German league.

There are 17 original video clips and 7000+ words in this article.

Tore, why did you decide to commit to being a professional volleyball coach? What pushed you towards that decision?

With coaching, I started really early. I was around 18 years old and coached a team of my home island in Norway and we went up from the juniors to the seniors level and eventually we played in the first league.

At the same time, I was the national team coach for the Norwegian girls team. Yeah, so it kinda went on and on, but at one point I found out that I wanted to be a professional coach.

I started to kind of contact clubs at that time. I'm so old so at that time it was not over the internet like it's possible today. So I used the telefax and phone calls.

And I wanted to go abroad because, we'll maybe speak later on about philosophy and so on...

But one of the things that I wanted to do was; starting to travel around the world to visit the best coaches to see what they were doing, because I felt that this was the only way that I could get the knowledge.

The knowledge I wanted or that I felt I needed.

And I went to the United States where Arie Salinger was preparing a kind of professional league, they practiced and prepared the league at 'Sports Performance' in Chicago.

So I was there for two, three weeks to prepare. And they were making that league there, with only four teams, but still it was some kind of league. And they asked me if I would apply and I applied and I got one of the head coaching positions there and that was kinda my first job abroad.

That professional league was called the USPV league and that was in 2001. So it's 20 years ago now already.

We had some good players there. I had Lindsey Berg on my team, she was my setter and Hugh McCutcheon's wife, Liz Bachman was one of my middle blockers.

There were 4-5 American players in my team that made the national team in the following year. It were only 4 teams in that league, but it was really interesting. It was fun.

In Norway, we had a soccer coach some years ago who was taking our national team to European Championships and World Championships and I was at a coaching clinic with him and he said that "knowledge is power".

For me, what I also would say myself and what I would advise to all younger coaches now is that they should go and learn from the best coaches around.

Because it's there where it all happens. It doesn't happen behind a table in a school. You can take a formal education about sport and stuff.

But if you want to really learn the game and understand the game you should go to the best coaches in the world, travel there, sit at their practice, watch them, talk to them, watch as much volleyball as you can, because this has helped me so much.

If it was Lang Ping or if it was Ze Roberto. Whoever it was... Arie Selinger, I've been many times to him. You go and you watch and you learn.

Because for me in volleyball nowadays the teachers of the game have disappeared.

Maybe we have more 'statistic guys' who go from maybe an assistant coach spot to a head coach position. And I don't say, they are not good coaches, but the real kind of teachers of the game, how to do things properly, technically there aren't that many of them around anymore in my opinion.

I know more about the women's side of our game than the men's side, of course, but for me for example, Giovanni Guidetti is a good friend of mine and he is like that kind of guy who knows how to train his players.

There's a reason why he can stay in the same club (Vakifbank) and continue winning year after year.

It's not only about their budget because in the end you just need one bad run and the team management says, okay, it's just not good enough for us anymore, you're out.

So that is my kind of advice, go and learn from the best ones.

It can start locally. You can have someone who is better than you locally, even in your own country. Then start to watch internationally, you take can take small steps and then step by step you learn to develop your own kind of philosophy.

The more knowledge you get, the more you will put things together and you understand where things should be and how you would like things to be.

And then you probably choose to learn from coaches that maybe follow the same philosophy that you're developing and sometimes maybe a totally different one to mix it up a little bit.

Yeah. I think a goal for me is like this.

I really don't like to put goals on my team that for example we say when the season starts: Oh, now we have to win. We have a good enough team to win or we should win the cup and the league and stuff like this.

Because that, for me, puts a very unnatural kind of pressure inside the whole team environment. Because, if you're going to win, you need a lot of different things to go well.

You need to play good of course. You need a good team. You need to practice well, but you also need to have a portion of luck, if that serve drops down on the right side of the net or not, when it hits the net. You need to have as less injuries as possible, so you can play with your best players most of the season, you know.

And some of those things you cannot control. So in some situations you can even end up being number 2 and you still had a great, great season. And if you have then voiced out that winning is the only thing that counts you are kind of also saying that, okay, the season was a fiasco, that it wasn't good enough.

Of course, we go out for every game and in every situation to win and do the very, very best we can. But for me, it's more about the kind of process we are working on. 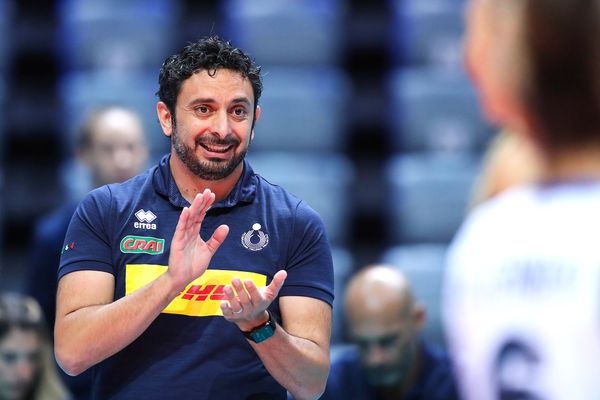 In this Masterclass we feature Davide Mazzanti. Davide is the head coach of the Italian female national team since 2017 and guided them to obtain the European Championship gold medal in 2021, on the home court of that other European powerhouse, Serbia. 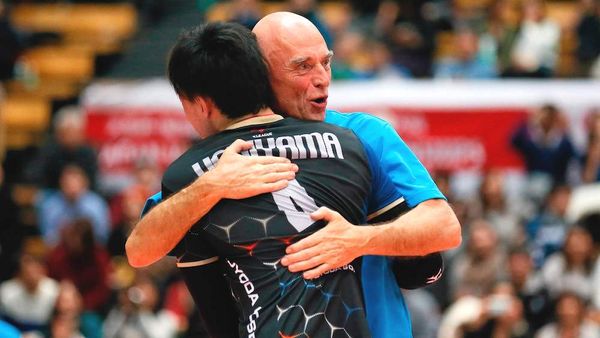 In this Masterclass we feature Anders Kristiansson. Anders was inducted into the Volleyball Hall of Fame in 2017. He became famous for making the 80's Swedish Men's National Volleyball Team one of the best in Europe and in the world.