For the last 20 years Davide has been coaching at the highest Italian level in club teams or worked for the Italian volleyball federation. Next to the successes with the national team he also obtained 3 Italian Championships with his club teams.

In this extended interview you'll find Davide talking about his coaching framework that he is continuously improving, about what he changed in his coaching over the last few years and why, about changing his way to set objectives for his athletes and about so much more.

Davide, why did you decide to become a professional volleyball coach? What pushed you towards that decision?

Soon after I understood that the thing that I loved was making someone fall
in love with a certain subject matter. 🙂

And as I was struggling a bit with the actual mathematics. Probably it wasn't my greatest talent.

One day I went to see a practice of the junior national team, in a place near where I grew up. And there I saw a coach, Angelo Lorenzetti, coaching this group of juniors, kids that were all my age.

And there I understood two things; that I could never play at the highest level because I could recognize the gap that existed between my own qualities as a player and what I saw there.

And that I should start my coaching journey.

I bought all the instructional videotapes of all these coaches, I studied a lot but I had convinced myself of one thing; that I would never be able to reach the level of these top coaches.

Because I could see that my way of doing things, was very different from what most coaches were doing and therefore as I saw them as my rolemodels, I thought I had no hope or at least no way to reach their level.

I did however get many opportunities to confront myself with the highest level, so in a way my career progressed very quickly.

My question still was: "But why me?" In the sense that I still felt inadequate.

And then I arrived at a moment where I saw that I had many insights, lots of new ideas, and that those ideas kind of worked. Well at that point I saw that it could work, it could work even with my own style, with my way of working.

And so let's say that it's not like I decided to become a head coach.

I slowly discovered that I could do it, I really had no idea I could actually do it.

The advice that I would give myself is not to ponder too hard on 'why things happen'.

For example when you are younger you'll have people that see something in you and they choose to invest in you, but you are not able to realise why they do that or what it is that they see in you.

Asking those questions to yourself is useless. I would tell myself to question less and to live in a more sound an natural manner.

In the end my goal is to empower people so they can express themselves in their best way possible.

I have focused a lot on the things I need to be able to put the people in these conditions.

And then in my system, which is very organized, I have more precisely defined what the aspects are that I want to improve.

I have created my own system of organizing my job and I took the word 'S.P.O.R.T.' as an acronym for the five elements which are strategy, priority, order, results and theory.

And for each of those I have defined their specific environment. And let's say that after the Olympics and after the European Championships I have made it more clear what the actual priorities are, because I think that's where a big part of my job is actually situated.

So I'm trying to better define these priorities.

And the other thing I'm working on is the theory of things. For me in the "theory" all values are collected.

And I believe that from a cultural perspective us Italians we are very good at everything that is a reaction.

When we are struggling, we are great at creating "something".

We are less good, in my opinion when we have to somehow confirm ourselves on things or performances that we achieved in the past.

And so I'm trying to figure out what are the elements that lead me to be as effective as possible in maintaining that level.

And so I'm working on the level of my own competencies, the ones I need to keep with me and the ones that I need to have in the gym.

These are the two elements I work on the most.

No, a great and a profound answer. You made me think of at least 10 new questions though.

The 5 points that you mentioned, where do they come from? These are subjects which are of great importance to yourself? If you have found these 5, let's say you could also find 8.

From a lot of different inputs actually.

They are the result of the synthesis that I have made over time and over time I have tried to organize: "what to do", let's say the rules that you want to give to your team.

And in my opinion there what is important are the priority and the order, the "who does what" in your team.

And how do you want to organize your team from a rules perspective. But also what then becomes the actual planning of a season.

And in my opinion these first two elements here, are the two elements that are necessary, but not sufficient to win.

But without these you don't go anywhere and so let's say that these here are; if we take a pyramid, they are the foundation of the pyramid. So that was "what to do".

Then strategy and results are the "how I train".

And then there is the top of the pyramid, which is the theory. And that's "the why", why do we do it.

And without this structure, it's hard to have direction, because very often the most important thing to have when you are struggling is to keep your focus on keeping the right direction in mind.

And over the years I've seen that I was able to better synthesize these five points, to enrich my pyramid more and more.

The rule is that when I'm in a state of grace when I have good insights, well
then I can enrich the system.

When I'm struggling, I will just read it, I will try to make the choices within the entire strategy.

And I figured out that with a system as organized as this one, that it is easier to add something, to add new input, new behaviours. Maybe on how to manage the communication with the staff, on how to improve the communication with the
athletes... I think this framework is helpful to have. I think that every coach has a system, maybe a bit more or a bit less defined than mine.

The way I am though, the more I can define it, the more in check I will feel. 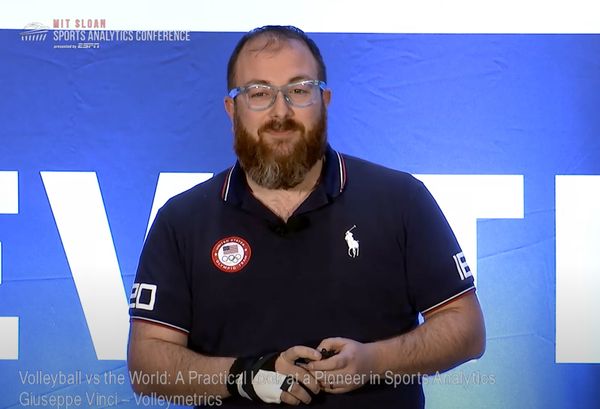 In this interview we don't feature a current volleyball coach, but to not call Giuseppe Vinci a 'volleybrain' would be a blatant error. Giuseppe was the CEO and founder of Volleymetrics and currently the Market Director at Hudl. 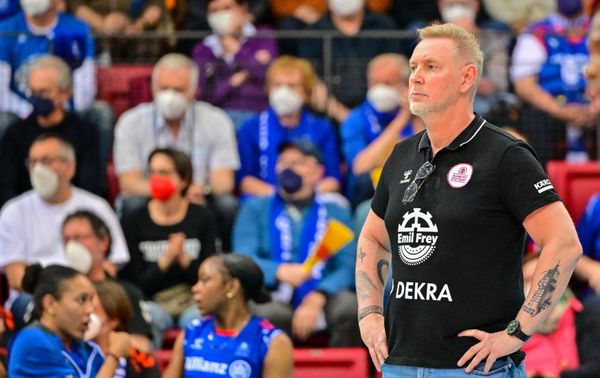 In today's Masterclass we share the experiences of Tore Aleksandersen, Norwegian head coach of the German powerhouse of Allianz Stuttgart. For more than 20 years Tore has been developing himself into the coach he is today.