In this Masterclass Glenn talks about his passion for developing players, what his goals are with the team's that he coaches, what some traits are that young coaches should develop, how he evolved his coaching style over the years...and much much more.

There are 14 video clips in this Masterclass, check them all out.

Glenn, thanks again for your availability and your time.

Glenn, why did you decide to commit to being a professional volleyball coach? What pushed you towards that decision?

So that evolved. I always loved sport. Since I've been a small boy, I don't know why I was so drawn to sport, hockey, track and field and everything.

I followed sport and I participated in sport. I was always very passionate about it.

And I remember being in Europe in the different leagues and always writing down and taking notes what have happened in practice.

Even with the national team I wrote down things about what the coaches that I had were doing. So I always had that kind of perspective.

Initially I wasn't going to become a coach, but an opportunity came in 1993 at the end of my professional career at the university of Sherbrooke. I was 34 then, and it was a great opportunity for me to stay in sports, to become a volleyball coach which is the sport that I loved.

But the only thing though is that I needed to learn about coaching because I was a player then.

I have had some useful education from my university years and I 'knew' volleyball, but coaching was a different thing.

So there was a whole process that was going to kick in then.

For sure passion drives you somehow somewhere, just something that triggers that choice and adventure, but for me it was just like, first things first I need to become a coach now.

I needed to leave that players role because there's a transition there that's not necessarily easy to do.

Luckily, I had a mentor that really, really was a huge influence in my coaching life. So we started that process, but I would say that that transitional process took about 4 to 5 years.

I needed that time where I stopped becoming a player gradually and started to become a coach.

Well, I would say that the complexity of developing an athlete is a goal as such.

You need to profile the athlete and see where they're at. Doesn't matter the age, the sex, the level of development. You make the profile and decide, okay, what's the strategy to develop this player?

I can set a goal, but then I have to establish a strategy, you know, what drills am I going to use?

Or what means of communication are we going to use so that person can fulfil that goal? And when do I implement and how do I measure this?

Because the person, once you set the goal, will need to have a set of measurements so that they can relate to something.

And you also need to be able to explain all that to them.

I love seeing when the learning kicks in, sometimes it takes a year for a young athlete or they come back the next season and it's clear:" Oh, boom, now he's got it."

This will always be the goal in the end.

It's a team sport, so kind of getting the team to play, not in perfect harmony, but to reach a level of harmonisation as a group that's so pleasing to watch win or lose.

It's so much fun to watch the group perform and execute the skills as a group and respond to cues as a group.

That for me is the ultimate goal.

💡
Enjoying this Masterclass? Become a "volleybrains member" and get full access to every article and every upcoming article for the next 365 days. 30+ articles and 150+ exclusive video clips are available to our members...TODAY. Press the button below to become a paid member.👍
Yes, I Want Full Access!

How do you go about the individual development of the athlete?

The way I like to look at the game is well, you look at the court and you take the skills.

If you take the different skills you got: setting, serving, receiving, blocking, attacking, defending, and you take the 6 spots on the court.

And now you can valuate efficiency per position, skill and player.

Obviously a setter is more of a setter, but if your setter is only a setter, if he doesn't defend, doesn't block, doesn't serve well. Well he's executing just one skill and will likely cost you in the other skills. 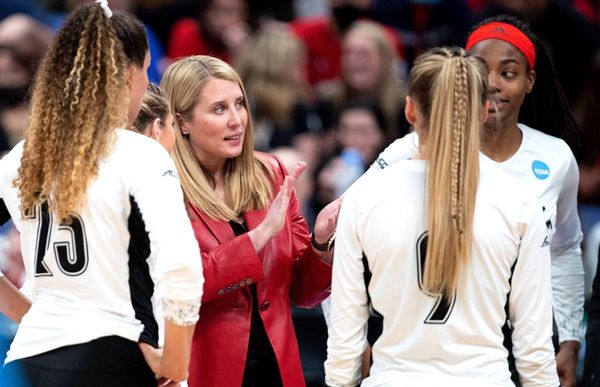 In today's Masterclass we feature Dani Busboom Kelly. Dani is the Louisville Cardinals head coach and was awarded the AVCA Coach of the Year award last December. Louisville finished their 2021 regular season with 'zero' defeats and went on to play the National Championship semi final. 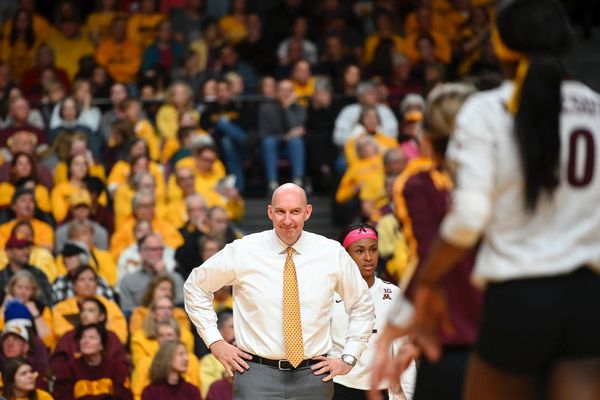 Last week we highlighted Hugh McCutcheon's recent TedTalk, this week we'll cover our conversation we had with him. Hugh is of course known for coaching both the USA Men's as Women's teams for an extended period between 2005 til 2012.