..having had a successful college career and the Team USA experiences since 2017.

(Our video call was recorded before the Summer Olympics)

In this article Tama talks about the importance of different inputs for different players, take away's from the evolution that she sees happening in international volleyball, how she thinks about failing and learning, what some of her favorite resources are and so much more...

Tama, when did you decide to become a pro volleyball coach? What pushed you towards that decision?

I played at the university of Washington. So when I started to go to school there, they were like: "Hey, you're pretty good. But I think if you did this, this and this you can become better."

And this mentality I thought was super helpful for me as a person and as a player, because what happens when you get recruited for college, they tell you everything you want to hear, you know, because they obviously want you to go there.

And so that difference, it made them stick out. So I ended up going there.

And then once I got there to, you know, in Hawaii, you don't really have a system when you play, you just train for hours. And you just play a lot of volleyball, which is great also of course.

So when I got there. To become a better player. I had to learn some technical things,  just for the speed of the game.

But within that, the staff really helped me as a person. Like they helped me grow up, because you know, I wanted to leave this small little island. :-)

The first thing I realized was how much they helped me as a person.

And so I think that was the start it.

I felt that if I could have the same impact as they had on me on somebody else, then I would love to do that. So I think around that age was when I first thought about it.

I don't know that I was like, yes, I'm going to coach. But for sure when I got to college, that became...I thought about it a little more.

What is advice that you could have used yourself, something you're learning along the way.

Yeah, I think I have a lot of them.

First is that you always have to be aware that people don't necessarily learn like you do.

I think some people are going to be like, of course, but you don't realize...it is very natural to coach how you were taught and how you learned.

"I learned a lot when they taught me like this and so let's see if it works."

And sometimes it does. And I think that's an interesting thought about players who become coaches, right?

I understand that and I think it does help. But then at the same time, that's a super common, but easy trap.

And I think the best coaches, at least the ones I've played for and I've listened to, can do that in many different ways.

And so kind of looking at that in my young coaching career is, you know, I can have a plan to try to coach someone in some specific situation or skill.

And in my head it's so clear, yes, we're going to get it. And then you tell them and they give you the blank look.

And you're like, okay, that didn't work, time to move on. Next one, next attempt.

And not to give praise to myself, but I had this personality where if you told me one time that you don't want me to stand here, that's all you needed to tell me and I will do it. But not everybody has that and that's okay.

So realizing that our ability to process information for all the athletes that we work with is so different. Always taking that into consideration.

I think another thing would be that commitment looks a little different for people.

I've been around groups that, you know, the question is, well, how come we're not all doing the same thing if we're in it.

It looks very different for people and their understanding and the way they process, what's important is so different.

So that "culture" part is always, it always needs to be talked about or revisited.

But I think it's important to not assume that we all love volleyball 24/7 because 'we' did, you know, I think that's one thing that I see a lot and I've coached kids in high school and some college players and awesome professionals.

It's always a work in progress.  I think that is maybe the bigger lesson. 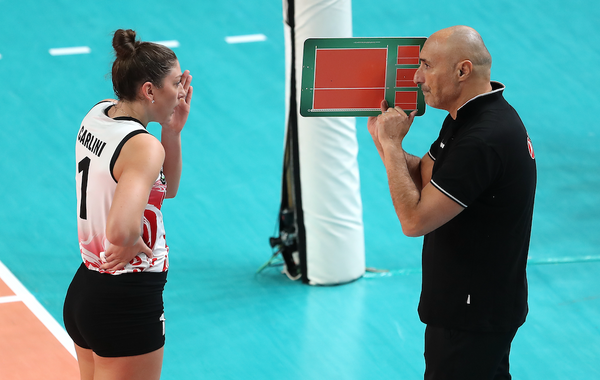 Marcello Abbondanza is an Italian coach with a boatload of experience coaching high level club teams in Italy, Azerbaijan, Poland, Turkey, both the Canadian and the Bulgarian national teams. Being known as one of the most successful coaches in female volleyball of the last decade. 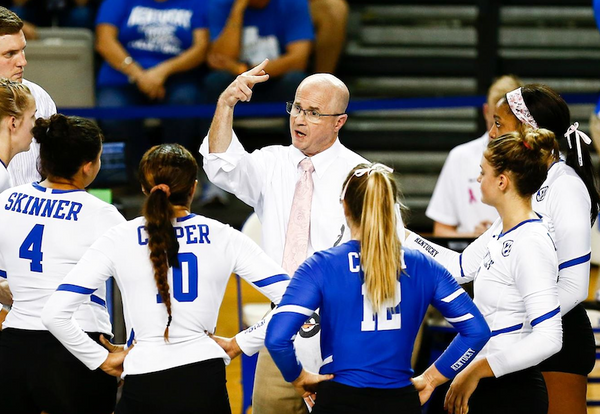 Craig Skinner is the head coach of the Kentucky Wildcats. The 2020 NCAA National Champions. Since arriving at Kentucky, Craig has rejuvenated the Kentucky volleyball program into national prominence and has directed the Wildcats to 16 consecutive NCAA Tournaments.