Tommi isn't a coach who chooses the common path. But he very meticulously tries to understand, debunk and reframe the coaching of our game. This will become clear while you read the article and watch the clips. Of course communication is also a big chapter today, as coaching in Asia needs some initial adaptation.

Enjoy this one. Just this...when you watch a video clip you can skip the text til the next question, because that will be the transcription of the video.(but reread if you like)

Tommi, what pushed you towards coaching volleyball?

Well, my father was a coach and my both parents were PE teachers. I did basically all the sports there are while I was growing up, not just volleyball.

I was starting volleyball at a really early age, probably somewhere in the backyard with my dad, you know, starting out with pepper.

Volleyball was something I would do throughout my youth years. My plan was to become a player. That was super clear to me already as a kid.

I got injured when I was 18. And after that I just could not figure out a way how to stay and be healthy and still play volleyball.

I had a bad back and that basically sidelined me forever. I could play some recreational volleyball after, but basically when I was 18, I needed to figure out what was next?

And then, well, long story short, I came back to volleyball after trying different things. Probably like three, four years later.

At that moment in time I decided that coaching was what I wanted to do.

Yes, it took a long time for me to figure that out. It was not a clear thing. I was not thinking: 'I'm going to stay in volleyball'. But I was happy I found my spot as a coach.

So you went from coaching a Finnish team to Düren in Germany. How did that come about?

I was working for the Finnish Federation for different youth national teams for a couple of years. Then I got the opportunity to take over a team in Finland when I was 25.

You know the Finnish league isn't a professional league but that team ran like a full pro team.

So I was four years there. Then I got the chance to go to Germany. After Düren Anders (Kristiansson) gave me a chance to come check out Asian volleyball with him. So I did four years in Japan and now I'm in Korea.

The German league to the Japanese league, that is an uncommon jump, how did that come about?

The connection came like this. I was looking for a libero for my team in Finland and Anders was helping one of the Japanse libero's (Taichiro Koga)to get connected in Europe.

In the end Taichiro came over to play for us for one season and the connection with Anders got made.

Here on volleybrains we have an interview coming up with Joop Alberda, now head of the Dutch volleyball federation, but for sure even better known for winning Olympic gold in Atlanta 1996 with the Netherlands.

When asked for his main 'mentors' in the early days he answered that both Doug Beal and Anders Kristiansson were big examples for him.

The jump you made to Japan was that influenced a lot because you could work together with Anders?

Both were equally positive. It was a super win-win. Already years back, one of the things I wanted, was to work in Asia, I wanted to work in Japan.

Plus Anders was there to teach me everything he learned over decades and decades of coaching volleyball. So it was a really fantastic combination.

Every two, three weeks, we have a two or three-hour call. We always stay in touch. He became a really good friend for me. We have a great connection.

And about Japan, you know, it was a great opportunity whatever way you look at it.

My wife and me, we like to travel, we really liked the idea of going to a different country, getting to know a new culture. Also now in South Korea, that's what we like, these new adventures.

Asia is not Europe, of course, what jumps out the most while coaching over there?

Obviously communication is difficult. You work through a translator most of the times. It's really difficult to connect with people the same way like in Europe or in general if you have a common language. So that's a difficult part, but it's also a nice challenge.

If I work in Europe, I would say that communication is one of my strong points. But working in Asia, it just basically becomes my weakness. That's a tough one.

But things like the facilities, the whole setup for training playing volleyball. That is amazing. It's just unbelievable. It's like being in a volleyball heaven, basically. It's fantastic. How great all the gyms are and how everything works well.

You can just focus on working.

One big difference to European volleyball is that when you play home or away. It's exactly the same. There is no advantage in Asia, everybody is very polite. :-)

If I would put everything on a paper, there are SO many positive things. My wife and me, we love it here.

Japanese volleyball can be considered 'company' volleyball, what are some of your insights there?

In my understanding there's three 'setups' of volleyball. 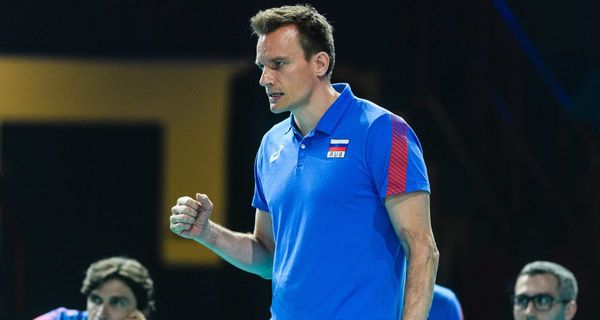 With the Russian National Men's team Tuomas Sammelvuo just won the Olympic Silver medal🥈. We had a talk with him after the VNL tournament in July a few days before leaving to Tokio. 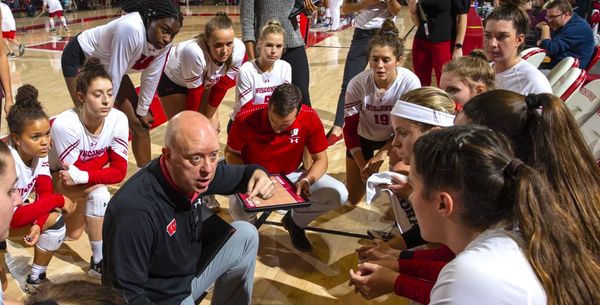 In this article we feature Kelly Sheffield, head coach for the women's volleyball team at the 'University of Wisconsin'. We covered a lot of ground in our videocall. There is