Tuomas, when did you started to coach? What were the first lessons that you learned?

I started to coach the national team of Finland immediately after my playing career. You coach the guys that you lived with for 10 years in the same room. And I think authority it's just not something, that is giving to you.

I like to also put the players in different kinds of categories, I'm thinking that the average players, normal players, they don't want to be coached too much.

Good players they want coaching. They want you to help them.

And great players. They want to be told the truth.

I think when you start to coach, you use the methods from the coaches that you liked, and then as a beginner coach, you want to speak too much.

You want to show that, you know something and you want get that knowledge out.

Sometimes nobody's just listening to you. :-) My first half year was not easy to say the least.

We watched our time outs and what I was saying, what kind of reaction I got from the players? God, there's a huge learning process.

You have to be open to learn, be humble to learn. I think everybody's saying the same things, but really, that is also my experience. And this never has to end.

This is a fantastic job.

Yeah, I'm still a very young coach, but if I think how was I on those first days? I hope I'm different.

Every day is a different day. Even if the schedule is the same. Yeah. It has been really great and fascinating, difficult, hard. I love this.

Exactly what you mention about the time outs in the VNL we saw a broad range of different styles of time-outs. Some great ones, other more questionable. But a lot of different coaching styles to say the least...

You also have to take the different cultures into account here.

In Russia for example there needs to be one leader, the system is build like that, that’s what the people are used to...the USA time-outs, you see 4 coaches, interacting with everybody.

I’m not saying that one is better than the other, but they are all different, that's for sure.

Over here they would say, you are the coach, you have to lead, keep the full responsibility otherwise you are not a ‘strong’ leader. These different cultures make our sport so very interesting.

You can for sure get more done in a time out if you can take the setters to yourself and you still have 2 other coaches talking about offense and receiving lines, for example. But it needs to be something that players except. Otherwise it doesn’t work.

An important one in time outs is also not to ‘say something to say something’. You also don’t want to over analyse, you have to give your players some freedom also.

Don’t be all over them all of the time.

Then again, we are all human, I remember one time with the Russian national team I was really angry, screamed at them even...also that can work.

You could need that reaction, they get angry on you and they react towards the opponent. But it’s for sure not a tool you try and use sometimes. It needs to be genuine.

It’s all about being genuine.

If you try to be somebody that you are not, everybody will immediately (or eventually) recognize that and it won’t have any effect.

The short term effect isn’t worth the long term damage.

Controlling these emotions is important. Not being able to execute your game plan is an issue, but it happens. When you play the game the preparation is long done. You had a week to train, to adapt to your opponent, to get ready for the game.

During the game it’s possible to react, find alternative solutions, some extra details...but the players play.

You can redirect the direction of the boat, but the players will still have to row, exactly.

And that’s where internal leadership comes in.

How do the players interact with each other. When you’re crushing your opponent, players start to loosen their attention...well a few balls later the opponent is already there. That’s how the rally point system works.

You can really see in our time-outs who the leaders are, that’s very interesting.

You have a rather young team, with some more experienced players, but on average very young. All playing at a high level. How do you see that internal leadership working in your case?

Yes, that’s a big chapter and it of course differs team by team.

You can have quiet and experienced players that don’t talk a lot but when they open their mouth everybody listens.

In my case it’s about responsibility. I’m wanting a lot from my best players, there are 3-4 guys where if things are not going I will be very direct or strong with.

I expect a lot from them, like they expect a lot from me. It’s easy to get angry or strict with your youngest players, the easiest victims, but those ways never worked in the past and never will work in the future.

Your best players are the ones that make the culture, they are the foundation of your team.

Those players are golden. They hold the dressing room together.

Everybody is different though, so it’s for sure all easier said than done. In the national team I had a lot of talks with our players…

They must be able to except a different kind of role in the national team than they have in their club.

Nearly always they are on the court, no matter what, but in the national team it's not like this.

You can be a player that has to come in from the bench. You have to accept that role.

In general talking about leadership, maybe in your club you have the support that you don’t find in the national team or vice versa. Our players have to be highly adaptable. The VNL was very useful.

Of course, volleyball wise, you see the technical things to improve, but the bubble for sure brought a new kind of synergy in between our players also.

The top contenders for the Olympic medals rotated and experimented a lot during the VNL. For sure you, Russia, did the same, but there was also a lot of structure to be seen. Same couples starting, same starting 6’s for some games. Are there some takeaways there?

Of course you can see that there was a lot of anxiousness about making it or not.

Every game is an exam.

So maybe you are a little bit more worried about your mistakes. Of course we rotated a lot and played more ‘fixed’ towards the end.

We had to do that in my opinion, because now after the VNL we don’t have anymore games. In the same time, you don’t want to kill the players physically, because it's a very hard tournament and you still want to get some practices in also.

The good thing was that the Russian Volleyball Federation decided to finish the league the 10th of April, especially for our preparation.

So we got almost one month off for our players. Glad, we could do that.

Anyway, I don't know what is right or wrong way concerning the player rotations etc. We did it like this. You could see Poland rotating a lot of players, Brazil played more or less with the same starting six, France rotated a lot...

We'll see in the Olympics, I for sure liked this kind of preparation.

Even having some stuff not working out, having doubts about some situations isn’t a bad thing, you should experiment a bit. Evaluate possible problems and outcomes. Once you hit the Olympics you also have to be ready for that.

Of course, it was a long tournament in quarantine. But a nice experience. I think a better preparation than that in conditions of COVID weren’t possible. We for sure used the VNL to give playing time to everybody, but also to define the team for the Olympics.

How did you go about selecting your Olympic players. Having 16 players in the VNL, only taking 12 to the Olympics so 5, maybe 6 players aren’t sure of their participation.

I know that some players know that they will go. But the players that don't know they want to do so much on the court to show themselves, but in the same time, they have to have that confidence that positivity and calmness to play.

Also being a substitute instead of playing all the time, like in the club is a different thing. So also to find those players, that to be in the six, you play all the time, then if it doesn't go, comes the substitute, but that guy needs to change the game.

It is a huge role is a very important role.

And the VNL also for that was interesting to experience. 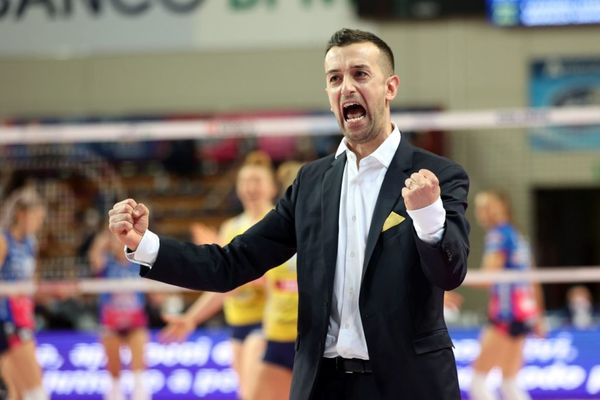 Since the 2017-2018 season Daniele Santarelli is the head coach of Italian powerhouse Imoco Conegliano. In this masterclass we talk about his journey and growth as a coach, what makes a great player, the evolution of our game and so much more. 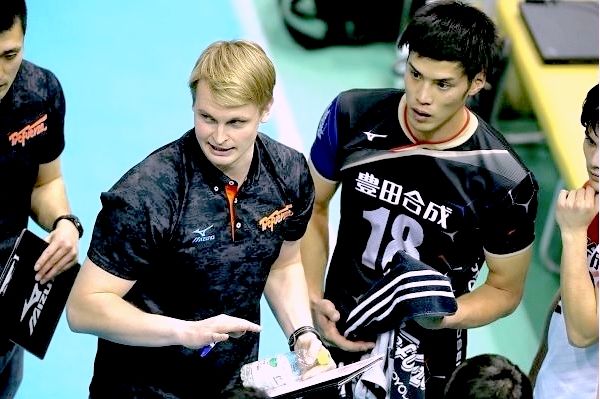 Hi readers, this article features Tommi Tiilikainen. Tommi is a 34 year old Finnish volleyball coach who has coached in Europe, just had a 4 year stint in Japan and