Vital Heynen is the head coach of Sir Safety Perugia in the Italian Serie A and the Polish national team coach. Read his answers to the Volley|Brains questions below.

Why did you decide to become a professional volleyball coach? What pushed you towards that decision?

I remember that while I was in my last years of being a player I didn’t always agree with the ideas of my coaches. I was coming up with different concepts about the game, both technical and tactical.

At the same time I was also thinking of trying to be a coach for just one year. When I finally stopped playing  I did start out as an assistant coach and started to study the game and develop my concepts even more. After about 4 months I became the head coach. Every season from then on I had doubts if coaching was the thing I really wanted to do, it was not a definitive or ultimate goal for me.

The main thing for me was to be able to test and show my ideas around coaching, around handling players, handling a team and so on.

What advice would you give yourself as a starting coach? An advice that is so clear and logical for you now, but that you had to develop over the years. (Can be about anything)

The expression that comes to mind is: ‘Follow your own feeling’.

As a young and inexperienced coach you are somewhat afraid of following your feelings. It really doesn’t mean because you can’t prove your own concepts with numbers or other facts that they are not true or not worth to be tested.

So it can be worthwhile to follow your feelings.

Talking to a psychologist it came up that your feeling is already a combination of a certain kind of logic and other inputs from your past. Often when you take a decision based on your feelings, the logic behind it will show up after a couple of days. Of course, if you don’t take time to study, read, watch many games etc I doubt that your feeling will get developed. 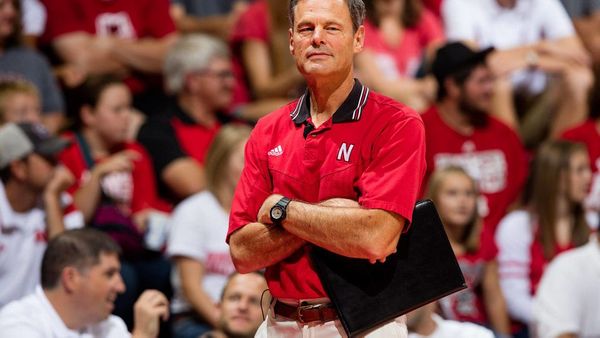